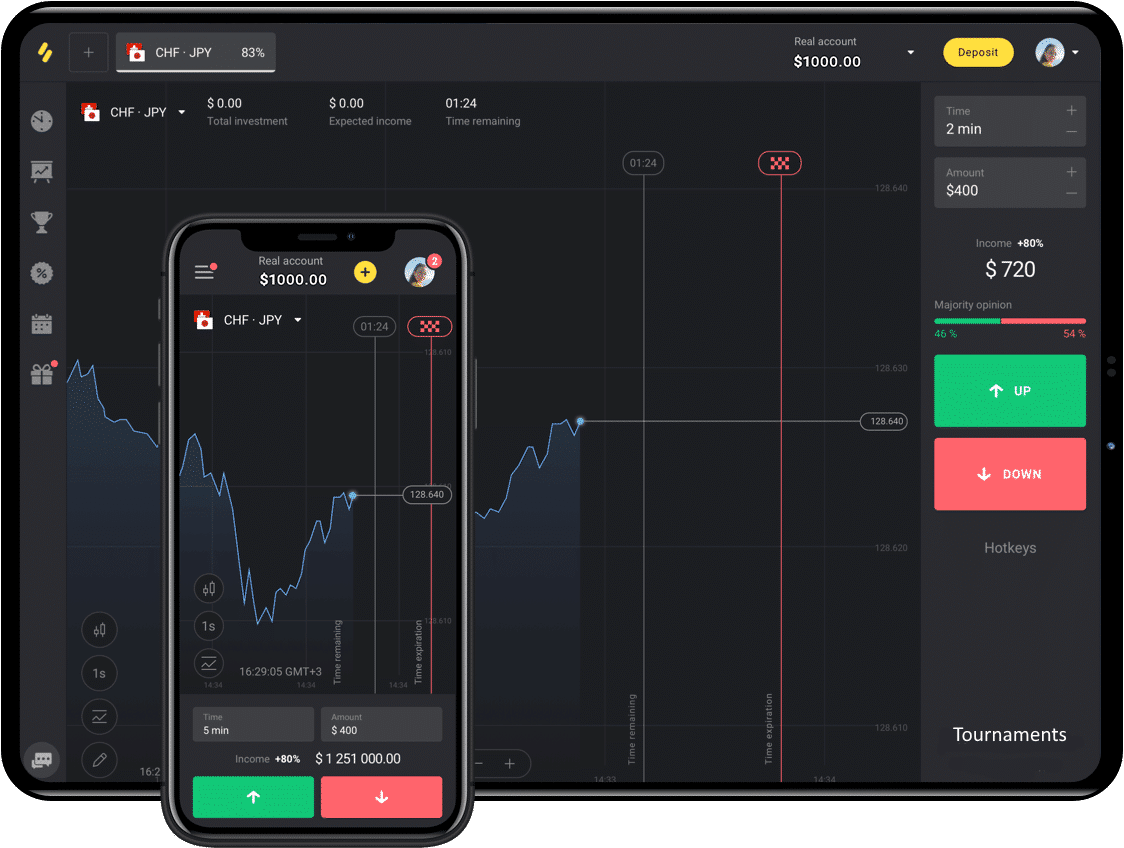 Get free and paid tournaments

Risk Warning. Your capital is at risk!

After its Foundation in 2014, the broker Binomo almost immediately began to hold competitions in trading on its platform. All registered users can participate in tournaments. There are two main types of Binomo tournaments: free and paid.


If you lose the entire tournament balance you need to pay the prize again.

Free Binomo tournaments are sponsored by the broker, the free tournament has a smaller prize pool and more competition. By participating in this competition you will get a chance to win without spending your own money. Free tournaments generally last one day. 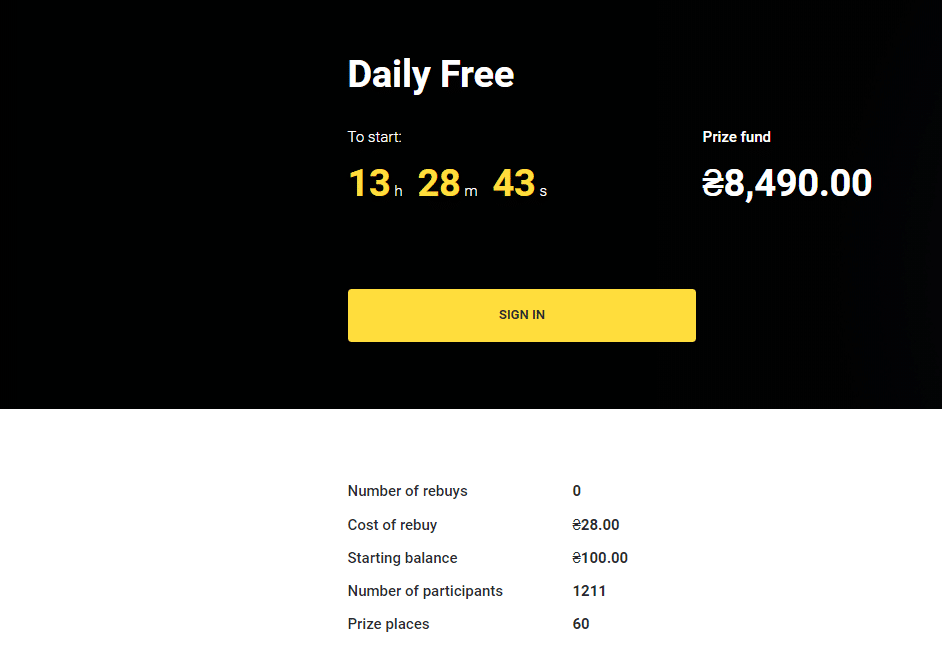 Binomo Tournaments on the platform a great way to spend time and earn money. But you need to consider your ability to trade otherwise you can be left without a prize. In a free tournament you do not risk anything but the competition is higher and the prize is less.

26 MB - include updates and bug fixes.

Operations with OTC financial instruments are associated with significant risks.